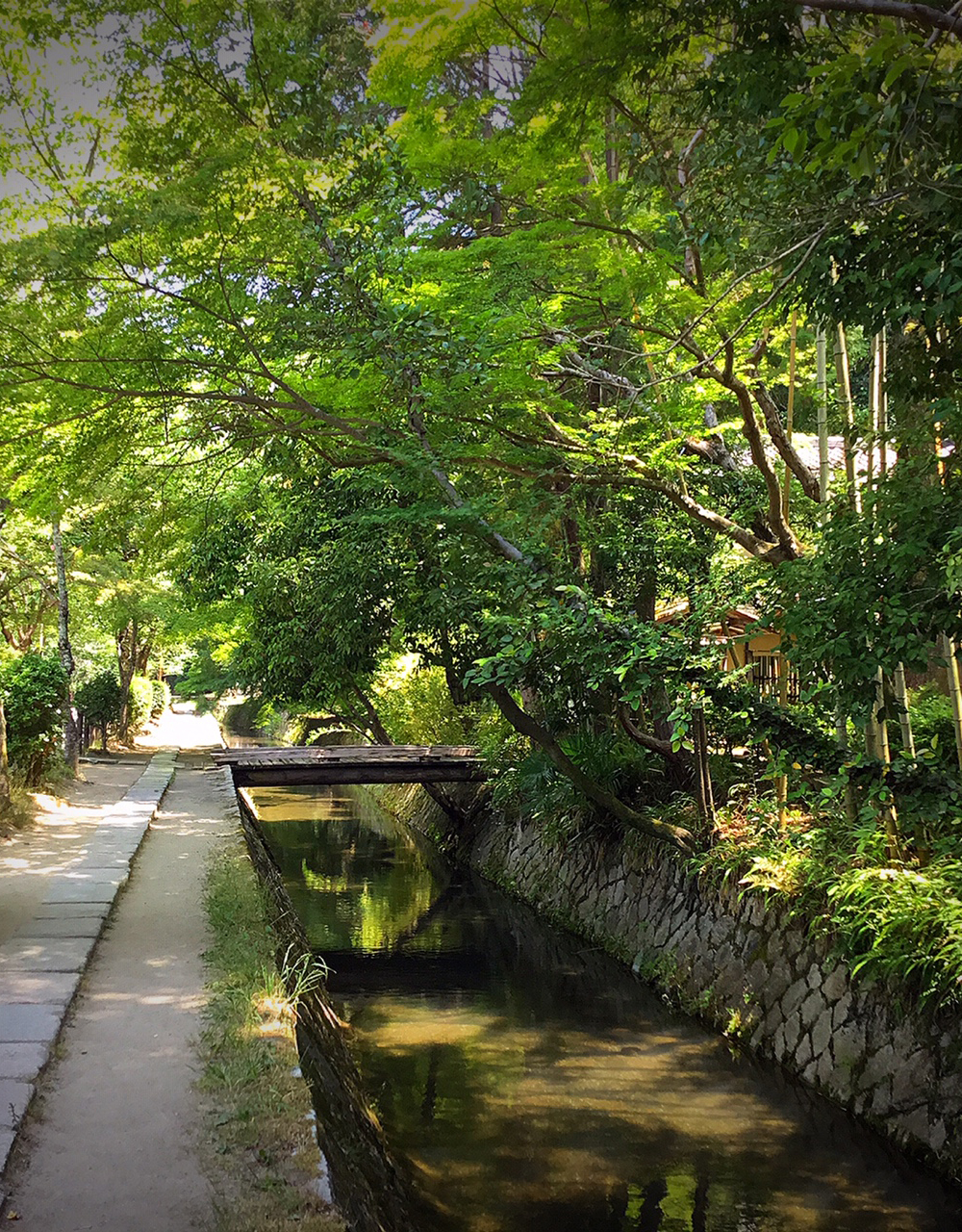 The Philosopher's Walk (Tetsugaku-no-michi) is a path along a cherry-tree-lined canal near SAYUU, between Ginkaku-ji and Nanzen-ji. It is so-named because Nishida Kitaro is thought to have used it for daily meditation. It takes about 30 minutes to complete the walk. There are good views of the nearby Daimonji and the nature will reflesh you. 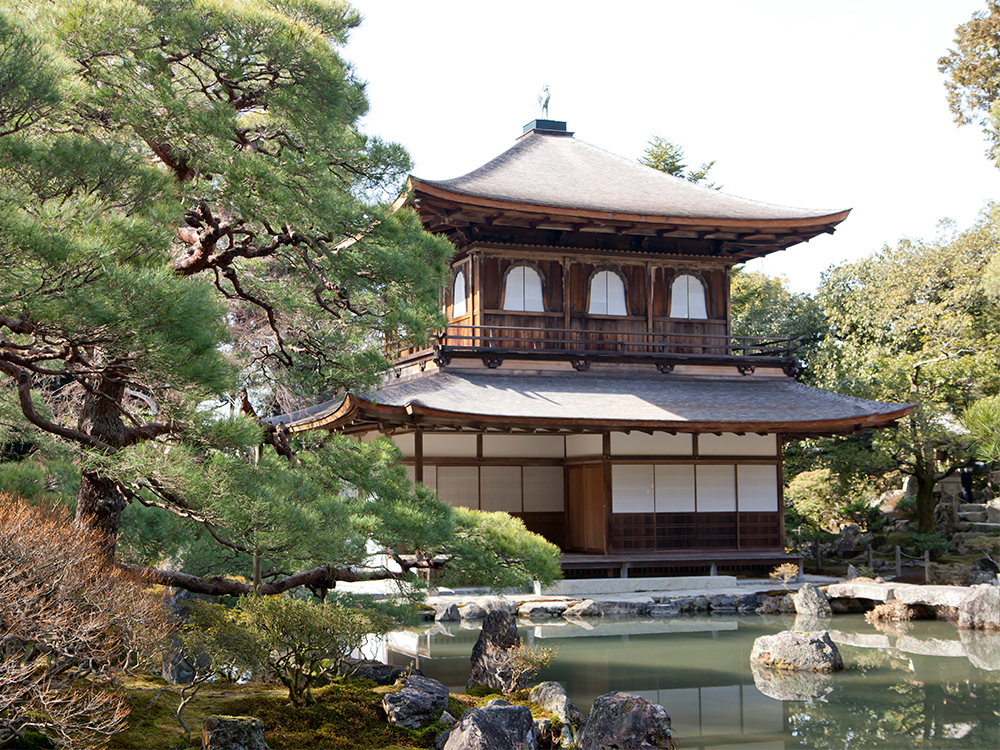 Ginkaku-ji temple officially named Jishō-ji , is a Zen temple in the Sakyo ward of Kyoto, Japan.
It is one of the constructions that represents the Higashiyama Culture of the Muromachi period.
They meticulously have maintained dry sand garden, known as the "Sea of Silver Sand",with a massive sand cone named "Moon Viewing Platform".
It often plays a role as lighting to reflect the sunlight and moonlight. In the night time, the quartz in the sand reflects moonlight and Kannon-den glimmers “Silver”. 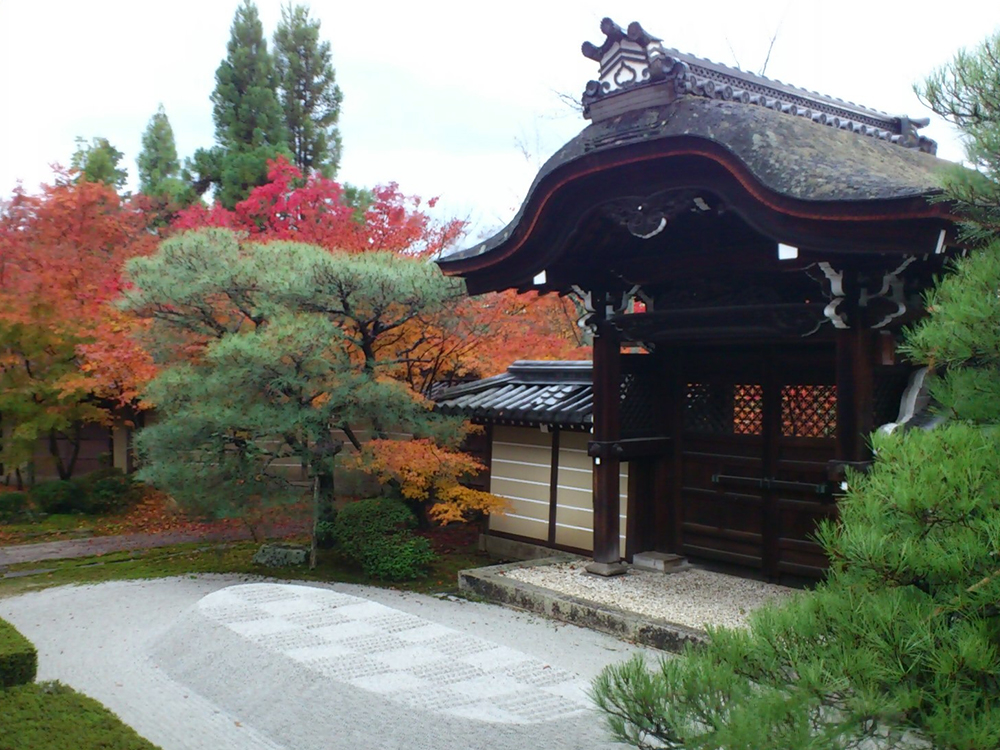 Eikando Zenrinji temple near SAYUU was originally founded in the 9th century as the head temple of the Jodo Seizan Zenrinji sect of Buddhism.
This temple is also well know for its old Buddhist statues dating back to the Kamakura period(1185-1333), especially ‘Mikaeri Amida(looking back Amida) is worth seeing.
The leaves of Japanese maple turns vivid green in spring and summer, and they changes red and yellow in autumn. It’s like magic.